Shalom college graduate is young Australian of the year 2019 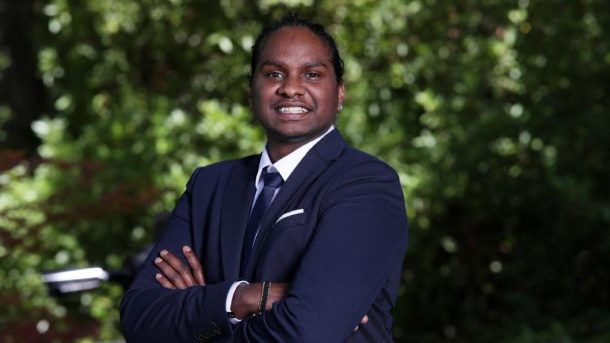 known as Baker Boy, has been named the 2019 Young Australian of the Year.

The prestigious accolade recognises Danzel using his music and dance to inspire Indigenous youth to embrace their culture and take up leadership positions.

“I see this as an important moment, not just for me but for my people, respecting the strength of our culture and the value of knowledge and the power music and voices have to unite us,” Danzel said when accepting the award in Canberra.

“To all my fellow young Australians, to Indigenous and non-Indigenous girls and boys (in) every corner of this country: it’s important that no matter the struggles and the pressure society puts on you, stay strong, stay healthy, stay positive, you will get through.

“Every single one of us matters. Our stories, our voices, matters. With love and respect we have the power to shape the future and make Australia a place where we’re all proud, where we all belong and where we stand united.”

He has won a National Indigenous Music Award, toured Australia extensively and performed at major music festivals across the country.

Originally from Northern Territory, Danzel undertook all his secondary schooling at Carinity Shalom Christian College in Townsville and graduated Year 12 in 2012.

“Danzel is a talented young man and shared his gift with everyone. Music and dance were integral to his life as a teenager,” Carinity Shalom Christian College Head of School Sharyn Ive says.

“Danzel had extremely good leadership skills and was culturally strong. He was a really good leader and was always promoting Indigenous youth and helping them to make good choices.

“Our school community, particularly those people who have taught him and helped him along the way, are extremely proud of Danzel’s achievements. He is an inspiration not only for past and current Carinity Shalom Christian College students but all young people.”